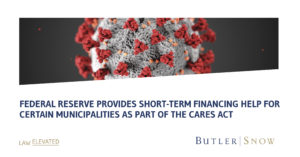 THIS ARTICLE WAS UPDATED ON APRIL 29, 2020. VIEW THE UPDATED VERSION HERE: HTTPS://WWW.BUTLERSNOW.COM/2020/04/FEDERAL-RESERVE-RELEASES-REVISED-TERM-SHEET-FOR-MUNICIPAL-LIQUIDITY-FACILITY/

On April 9, 2020, the Federal Reserve Board announced the creation of a new Municipal Liquidity Facility (the “Facility”) to purchase up to $500 billion of short-term municipal debt as part of the Coronavirus Aid, Relief, and Economic Security Act (the “CARES Act”). This post summarizes the structure, eligibility, and other terms of the Facility.

Under the Facility, a Federal Reserve Bank (the “Reserve Bank”) commits to lend to a special purpose vehicle (“SPV”) on a recourse basis. The SPV then purchases the eligible debt from state and local government units at the time the debt is issued.

The Department of the Treasury (“Treasury”) is providing an initial equity investment of $35 billion in the SPV from funds appropriated to the Exchange Stabilization Fund under the Cares Act as a form of credit protection to the Reserve Bank.

The SPV will purchase up to $500 billion of short-term notes from “Eligible Issuers,” which include:

Proceeds of the Eligible Notes may be used to manage the cash flow from deferred income tax filings, tax revenue reductions resulting from the COVID-19 pandemic, and requirements for the payment of principal and interest on obligations of Eligible Issuer.

The SPV may purchase Eligible Notes in an aggregate amount of twenty percent (20%) of the general revenue from the Eligible Issuers’ own sources and utility revenue for fiscal year 2017 (as provided by the U.S. Census Bureau).

The SPV will cease purchasing Eligible Notes on September 30, 2020 unless the Facility is extended by Treasury and the Federal Reserve Board.

In addition to the establishing the Facility, the Board of Governors of the Federal Reserve System announced that it would “continue to closely monitor conditions in the primary and secondary markets for municipal securities and will evaluate whether additional measures are needed to support the flow of credit and liquidity to state and local governments.”

The above statement is non-committal, to be sure, but suggests that additional actions may be forthcoming if needed. The Federal Reserve is also now accepting public comments on the Facility and certain other CARES Act programs via its public comment portal linked here and is developing a Frequently Asked Questions document concerning the Facility. The Facility’s public comment portal is expected to remain open through April 16, 2020. As the Federal Reserve closely monitors the municipal securities markets, we will closely monitor the Federal Reserve and keep you updated on any future actions it takes to provide relief to the municipal securities markets. 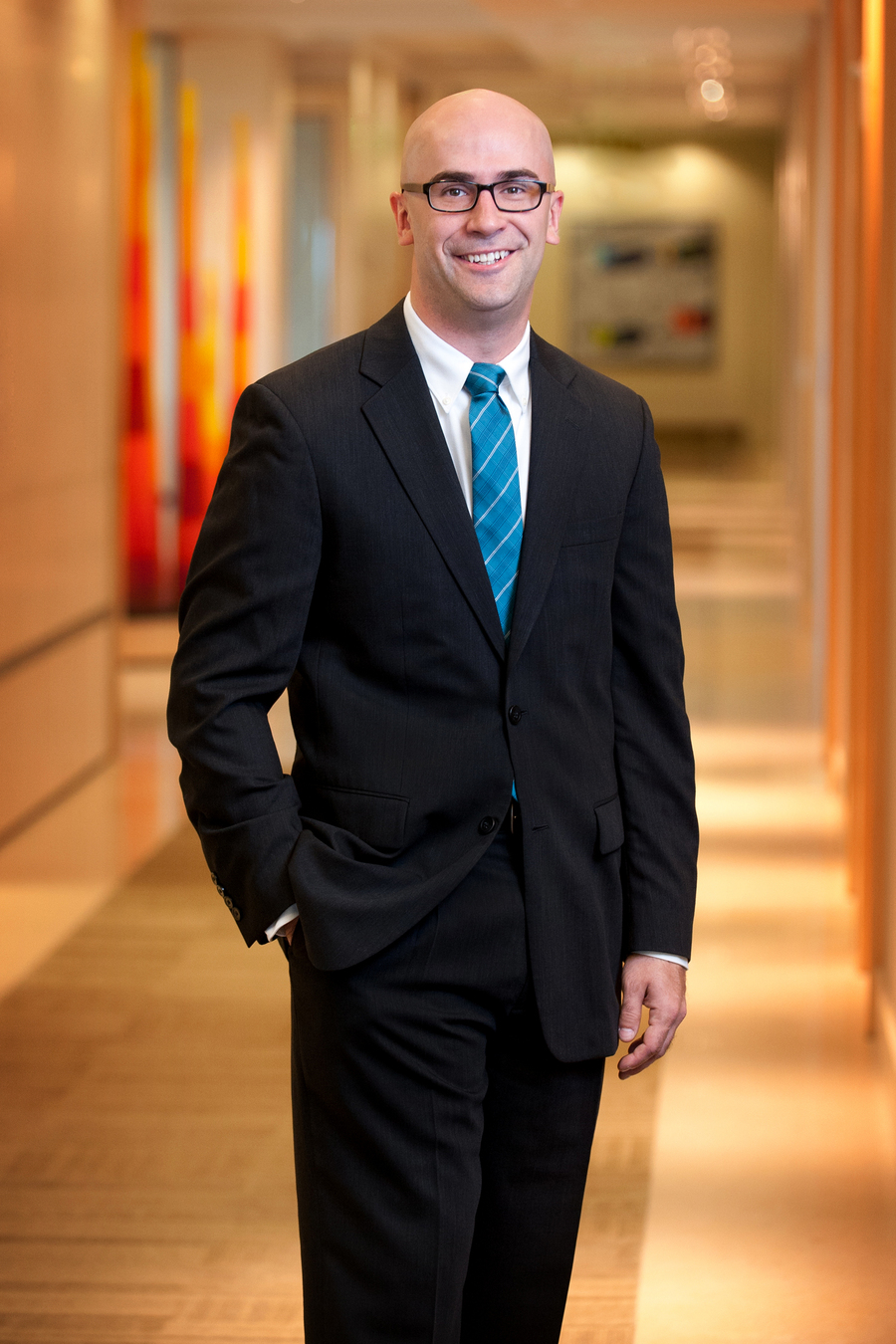