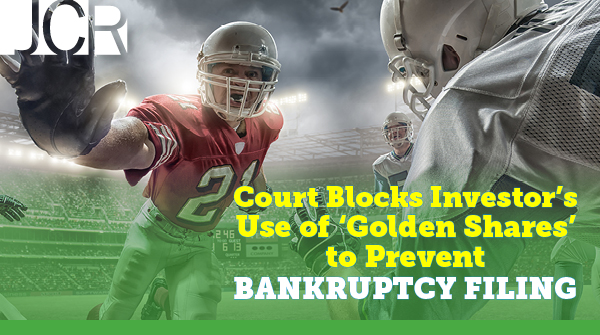 THIS ARTICLE ORIGINALLY APPEARED IN THE JULY-AUGUST EDITION OF THE JOURNAL OF CORPORATE RENEWAL PUBLISHED BY THE TURNAROUND MANAGEMENT ASSOCIATION.

In football, proper blocking helps a team control the line of scrimmage. Because a bankruptcy filing can shift the power away from an investor to the financially distressed company, investors often have sought to “control the line of scrimmage” and block companies in which they have invested from filing for bankruptcy. This has become more difficult following a recent bench ruling by Bankruptcy Judge Mary F. Walrath in In re Pace Indus., LLC, No. 20-10927 (Bankr. D. Del. May 5, 2020).

Walrath of the U.S. Bankruptcy Court for the District of Delaware gave debtors a new page for their offensive playbook when hers became the first court to hold that a shareholder’s attempt to exercise its voting right in the company’s certificate of incorporation to prevent the filing of a voluntary bankruptcy petition is contrary to federal public policy.

Although the court was careful to limit its decision to the circumstances of the case, the ruling touches upon the enforceability of provisions referred to as “blocking provisions” or “golden shares,” which give shareholders authority to consent to or block a company from filing for bankruptcy. Because a bona fide equity holder’s ability to exercise its golden share to prevent a bankruptcy filing was not previously in question (see In re Franchise Servs. of N. Am., Inc., 891 F.3d 198, 203 (5th Cir. 2018)), this decision may have far-reaching repercussions in the wake of the COVID-19 pandemic and the resulting economic downturn as shareholders attempt to protect their investments.

Founded in 1970, Pace Industries LLC and its affiliated debtors comprise one of the largest suppliers of aluminum, zinc, and magnesium die-cast and finished products in North America, operating nine die-casting manufacturing plants (seven in the United States and two in Mexico), two tool and die shops, and two painting and finishing shops.

In January 2020, after failing to raise new equity in conjunction with a launch of new automotive products and a stymied sale process, Pace engaged restructuring professionals to help it address its liquidity needs and negotiate a transaction with its lenders that would provide it with a necessary liquidity infusion and deleverage its balance sheet.

During the negotiations, the United States, along with the rest of the world, was hit by the COVID-19 pandemic, resulting in a global economic shutdown due to stay-at-home orders that vastly exacerbated Pace’s already tenuous liquidity position. As a result of the pandemic, Pace was forced to shut down five of its seven U.S.- based die-casting facilities and lay off approximately 70% of the employees who worked in those plants. Pace was ultimately able to reach a deal with its prepetition secured creditors and filed a voluntary bankruptcy petition on April 12, 2020, to implement its prepackaged plan without seeking authorization from Macquarie. On the petition date, Pace had approximately $146,000 in available liquidity.

To continue reading, click here to view a PDF version of this article in its entirety. 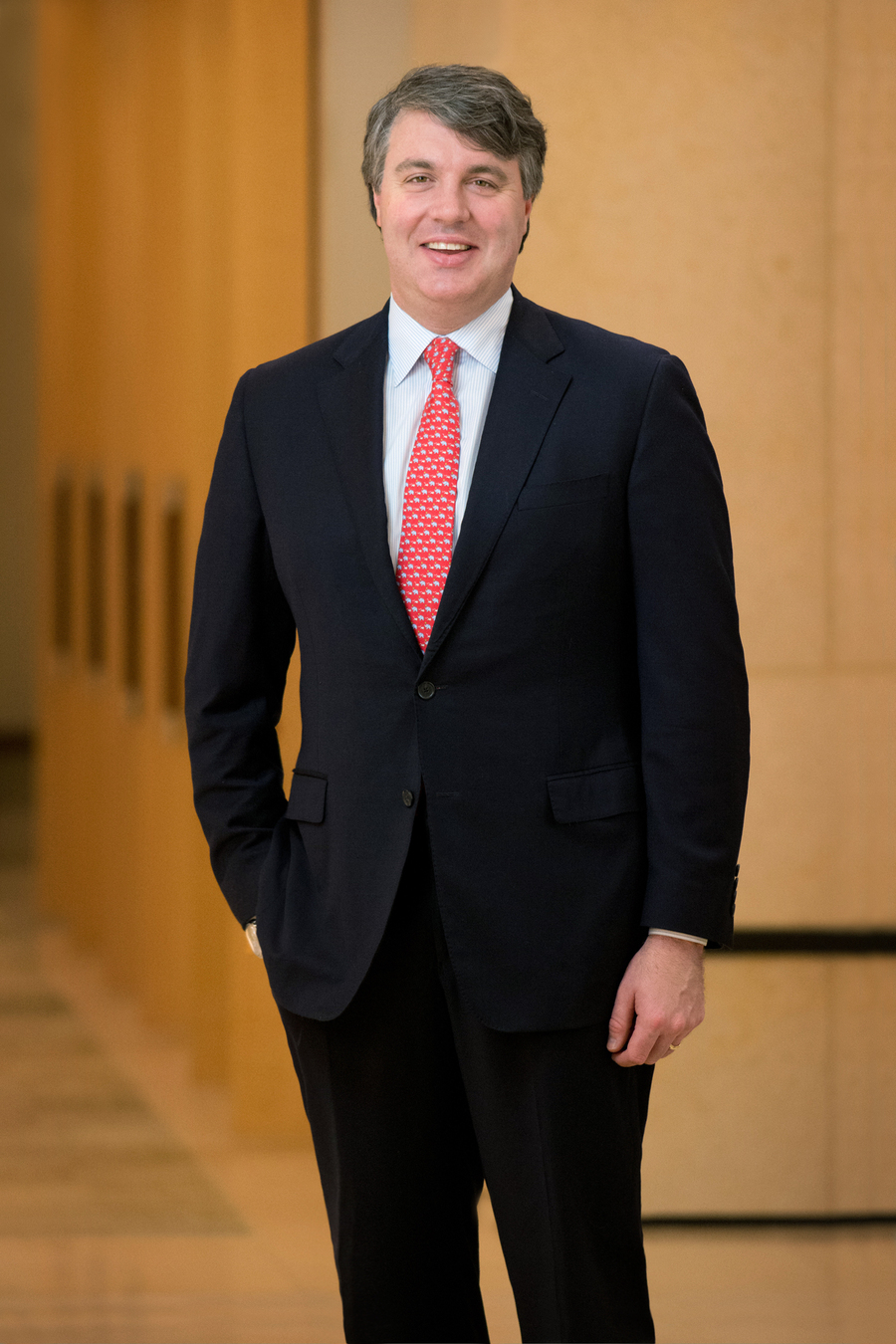 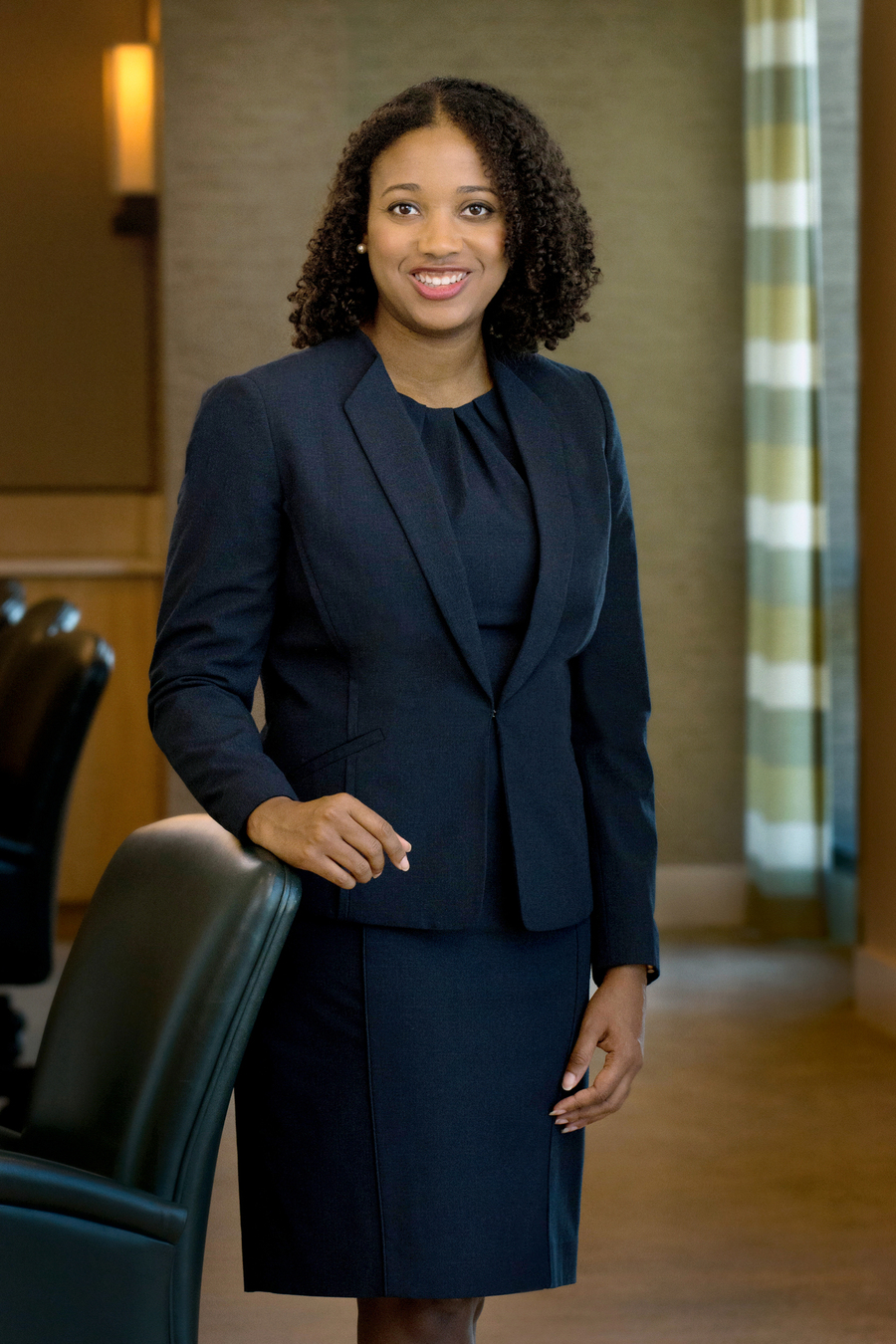